This is a constellation of research and practice work in architectural history of the Middle East (Oman) and contemporary reuse of historical settlements, where the exploration of topography and anthropological concerns have remained central. Topography is not just the earth, the land or its geometrical configuration but a cultural, social and political framework that simultaneously produces and accepts the architecture. In this sense, topography is a perpetually ‘constructed’ phenomenon that permeates architecture. Reciprocity of site and building is integral to vernacular settlements, but also noted in seminal architectural works of the present day.

Intervening within historical contexts need necessarily excavate and re-construct this constructed site. The purpose of this re-construction is to establish an order or to re-order, releasing the potentialities of architectural invention and meaning. A key aspect of this process is the consideration of sites as collections of sedimented histories (and archaeological or anthropological traces) and experiences or memories – to establish a reordered taxonomy as a creative precondition that reveals deeper realities. Modernity is thus seen as a mediating device through which tradition is passed on.

The projects also explore the architectural implications of the relationship between the Omani society caught up in the throes of rapid and far reaching socio-cultural change and the increased presence of the ‘foreigner’, either in the guise of the expatriate workforce or more recently, as tourists. The threatening image of “otherness” of the foreigner is often constructed as a projective shadowy cast of the “self”. The urgent need for reconciliation and dialogue is argued to achieve equilibrium and induce healing – political, psychological, but also architectural and topographic.

Adopting a reading of Omani oasis topography as a constellation of situated moments -an ancient conception prevalent in the Middle East which found a fertile ground in twelfth and sixteenth century Omani decorated prayer niches (mihrab) – urban strategies have identified a number of sites for tourism and community-related projects. While the museum addresses ‘otherness’ through the reconciliation of somewhat opposed dwelling types from the coast and the Interior (read as symbolic distinction between forms of Islam practised in these parts) set within an artificially reconstructed archaeology, the food-court attempted to reverse the notion of the veil of privacy (hijab) to simultaneously invite the influx of visitors yet contain their prying gaze. 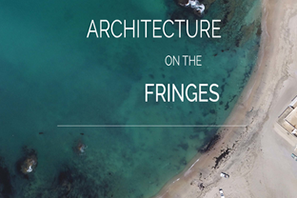 Architecture on the Fringes 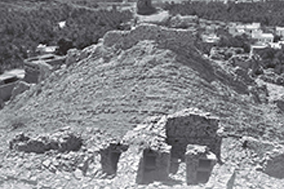