The oasis of Barkat al-Mawz is one of the best preserved oases in the Dhakhliya Governorate, home also to the UNESCO World Heritage site of the Falaj Kathmeen which today still waters the wide expanse of palm groves at the foot of the Jebel Akhdar. Rising along a steep hill on the northern side of the oasis lies the settlement of Harat as-Saybani, negotiating the complex terrain with intricate architectural solutions. Grand houses and an integrated water-network give this village a unique character, which has been essential to document and preserve for future generations.

Funded by Nottingham Trent University (NTU) this project sought to ascertain the state of preservation of the settlement while also give great attention to the sociological component that determines the morphology of vernacular settlements of Oman. Special focus was given to the tribal makeup of the settlement, the distribution of the various groups with it and the evolution of the Omani courtyard house.

The highly detailed documentation of the site will permit not only the development of specialised preservation techniques and development strategies, but also provide an exhaustive record for a site which, due to its perishable materiality, is decaying quickly. The extremely meticulous level of documentation, coupled with in-depth ethnographic surveys, provided the benchmark for all future ArCHIAM projects. 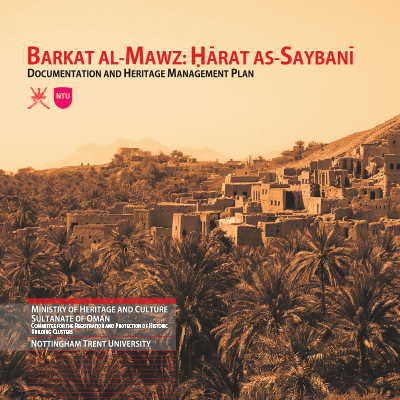